Taking a little break from Egypt posts, but staying in the Middle East / Northern Africa neighborhood, I'm shifting gears to my trip to Morocco in this past year.  Morocco is one of those wondrous places that blends multiple cultures while maintaining its own identity. It's a little French, a little Arabic and a little African but totally Moroccan.
I'll start with one of the last things I visited on this trip. It's one of my favorite sites, the Le Jardin Majorelle in Marrakesh also known as the Yves Saint Laurent garden. It's a main place to visit but maybe not one you immediately think of for visiting in Morocco. The 'Majorelle' comes from the name of the French artist who originally created it on his property that he lived on. Yves Saint Laurent came on to the scene when he purchased it in 1980 after it had fallen into disrepair over the 30 years that Majorelle no longer owned the villa and grounds.
I love gardens, but what was really striking is the use of the bright cobalt blue paint. It's actually a patented color bleu Majorelle inspired by the tiles on Berber houses. There is a small museum of Moroccan/Berber items that were curated by Majorelle.
The plants themselves are also quite beautiful. Typically, I enjoy foreign gardens that are full of native plants, but this garden has a contained amount of plants suited to the environment but not from Morocco.  Bamboo is what you'll see immediately upon entering the garden and it sets the mystical tone.  Cactus play a big role as there are something like 1800 different species in this small space.  Other botanical beauties include yucca, bougainvillea, hibiscus, cypress and water lilies. 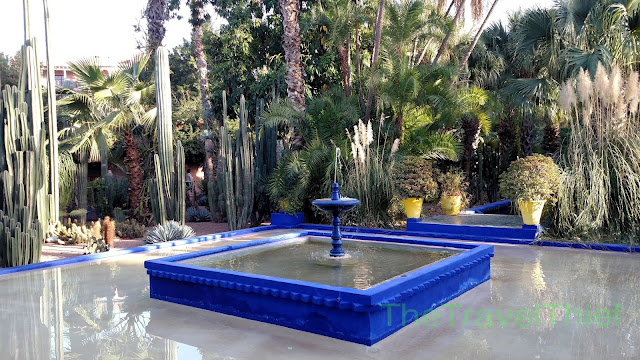 I went later in the day and it was still very crowded even shortly before closing. The grounds are small, and paths narrow, for the amount of people that visit it. The part that was especially hilarious for me was that most of the visitors were SO CLASSY.  Not because they were classy, but because I was in attendance at a place of such high fashion. I said "so classy" in caps because I am obviously not classy evidenced by my friend S and I acting like four year olds while we were in the garden. We had a great time making sophomoric jokes and falling over giggling but we definitely did not fit in with the polished crowd that was there. To the credit of all the well-heeled Europeans in the garden, whose quiet solace we interrupted, they didn't judge us more than a polite 'excuse me' or a sympathetic smile of "Oh those wacky tacky Americans." 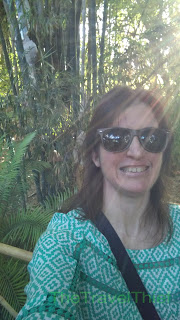 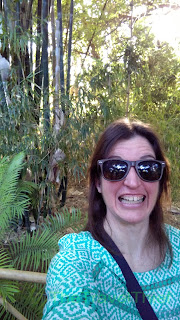 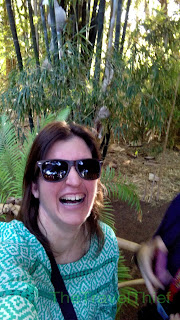 If you plan to visit, it's open daily from 8 to 6 with a break for lunch.  Early and late are probably the best times to visit based on visitors and being there an hour before closing during a winter months definitely worked.
Posted by E on September 15, 2018