Back! Hong Kong Kung Fu and the art of revisiting

It's been a long time since I last posted ! My life schedule has been allowing only a sliver of time daily in a jam packed schedule.  One of the fun things that contributed to that hectic time was our trip to Hong Kong and Bali!  It was the first time to visit either destination and Hong Kong officially marked off 60 different countries that I've been to around the globe.

Before I get into the main part of the post, I'm reminded of something a friend said to me at a holiday party last week. I was talking about visiting new countries versus revisiting places around the world and she asked "Why would you ever go back to any place you had already been?". As much as there is the thrill of conquering a new country I do LOVE going back places that I've already been.
There are of course places that I would not really want to revisit, but most places I've gone to I can find a reason to go back. Travel for me is not just the monuments and ticking them off the list (not that there is anything wrong with that - I appreciate anyone who is getting out there and traveling).  Travel for me is made by the human element of it.  While the major sites might remain exactly the same for hundreds of years, the human element of a destination changes how you see it.  I've been to London about 8 times, wouldn't hesitate to go back and still love standing on the opposite side of the Thames to take a picture of the Houses of Parliament in any weather.  Blend that feeling with exploring new restaurants, shops, museums, people watching and BANG!  You've just made an old destination new again.

Anyway, back to KUNG FU.  When I am home, I practice martial arts in the form of boxing and kickboxing.  My kickboxing training has some nods to karate and Muay Thai styles. This is to say that I thought my husband & I would have limited success with the basics of Kung Fu and we would get by. WRONG. We were awful. Don't get me wrong, we tried and weren't completely unfortunate during our hour session, but it was a struggle.


I'm glad that we tried.  We signed up with a Wing Chun Master Sam Lau who trained under the same instructor as Bruce Lee: Grandmaster Yip Man.  Master Sam Lau was amazing! 72 years old and lightning fast.  For that alone, it served as inspiration to me.  I started martial arts later in life and fell in love with it.  I worry that I won't have much time to do practice the sport because of age, but I see that there is opportunity if you keep yourself sharp for all those years.  I'm also happy to understand more what Kung Fu is all about compared to other martial arts.

The particular discipline of Kung Fu we did was Wing Chun, which is a Southern style of Kung Fu.  There are hundreds of subcategories of Kung Fu and Southern styles put more emphasis on the hands in general. The legend starts with a woman during a time of war in China.  She was propositioned by a warlord to marry him. She refused and it was agreed that if she beat him in a martial arts contest, he would leave her alone.  She then began to train in a style of boxing with a Buddhist nun (Sisters are doing it for themselves!).  We wouldn't be telling this story if the outcome was anything other than her defeating the warlord and Lim Wing Chun was free to live her life. She married a different man later on and when she taught him the style of fighting that she had learned, he named it after her.

Perhaps practicing Kung Fu with a master is my "ticking monuments off the list" moment because I don't think it is a discipline that I will be taking up anytime soon and definitely not flying back to Hong Kong to practice again.  Time to find some Tai Chi I guess ;-)
Posted by E on December 23, 2018 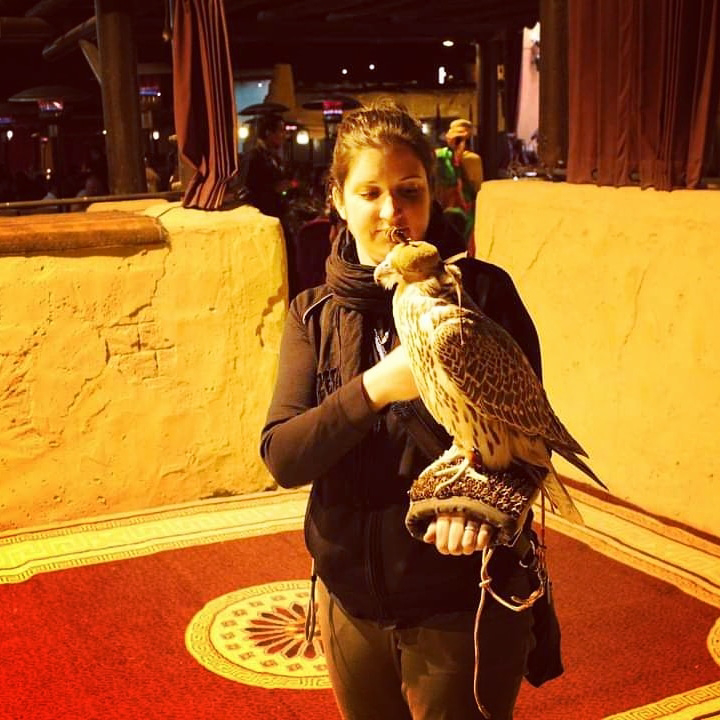